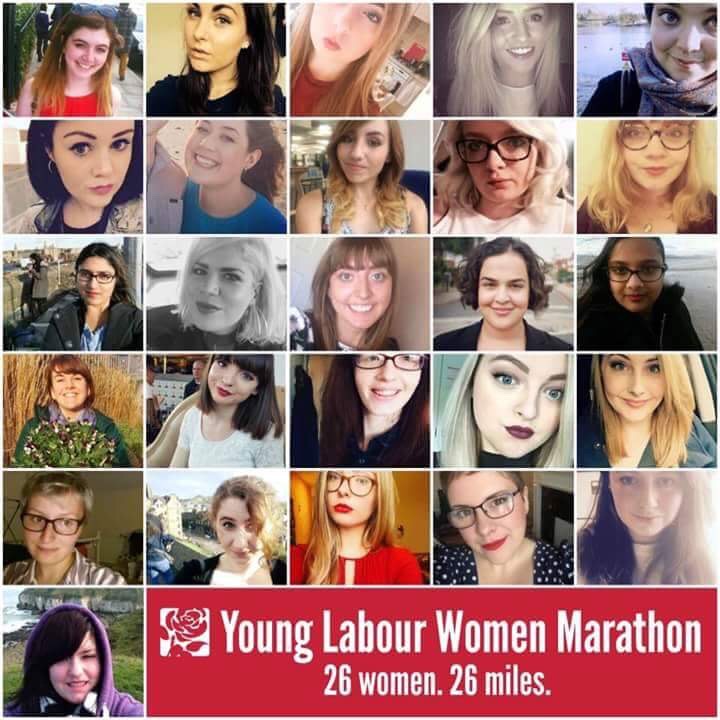 Just over a century ago the first International Women’s Day was a rallying point for action around ordinary women’s struggles for decent pay and conditions, the right to vote and the right to paid work. In that radical, progressive tradition, for 2017, women from Young Labour across the UK will be raising crucial funds for Refuge and taking a stand against the prevalence of domestic violence in the UK today.

Starting this International Women’s Day, I’ll be joining 25 other Young Labour Women from across the country in our marathon challenge for the domestic abuse charity Refuge.

As of January 2017, Refuge provides vital support to more than 4,600 women, children and men on any given day through a range of services; including refuges, independent advocacy, community outreach and culturally specific services.

This year, Young Labour Women’s Officer Charlotte is running the London Marathon for Refuge. So to help raise money, we’re taking part in our own marathon challenge:

We’re taking part because we want to see an end to domestic violence. Two women per week are killed in England & Wales by a current or former partner. Recent research by Refuge indicates that over half of young women (18-21) have experienced at least one violent incident from a boyfriend, husband, or partner. This cannot continue.

Our team come from Young Labour groups from right across the UK. Our individual miles will take place in a variety of different ways- running, swimming, cycling, walking, and more. Our goal is a shared one- a future without domestic violence.

Our marathon is important not just as a means of raising funds for Refuge and the transformative, life-saving work that they do -; but also to act as a visible solidarity to both those experiencing and those who have survived  domestic violence. As Labour Party members we are on their side in  our goal of envisioning a future without domestic violence, yet also in defending the vital services which support victims and survivors from the brutal effects of Tory austerity.

The situation couldn’t be more urgent.

‘On just one day, 92 women and 75 children were turned away from refuge. For nearly half of the women (45.65%), it was because there was not enough space for them. Over two thirds (66.1%) of referrals to refuges were declined and only a third (33.9%) were accepted. Nearly a quarter (23.27%) of the total referrals were declined due to the refuge’s lack of available bedspace’ (Women’s Aid, 2016).

Theresa May has offered £20 million in funding for domestic abuse services, yet after years of austerity, our support services are teetering on the brink. 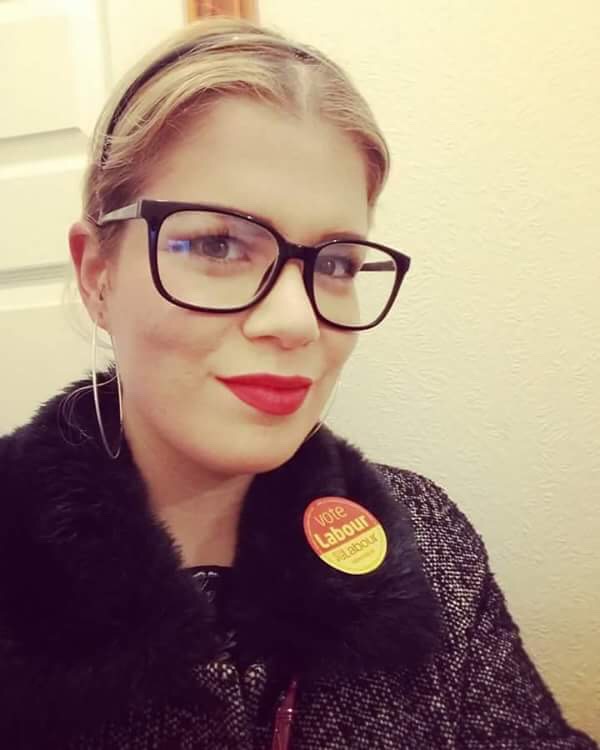 Hannah McCarthy is a resident of South Heaton, a member of Newcastle East CLP and works as a Teacher.