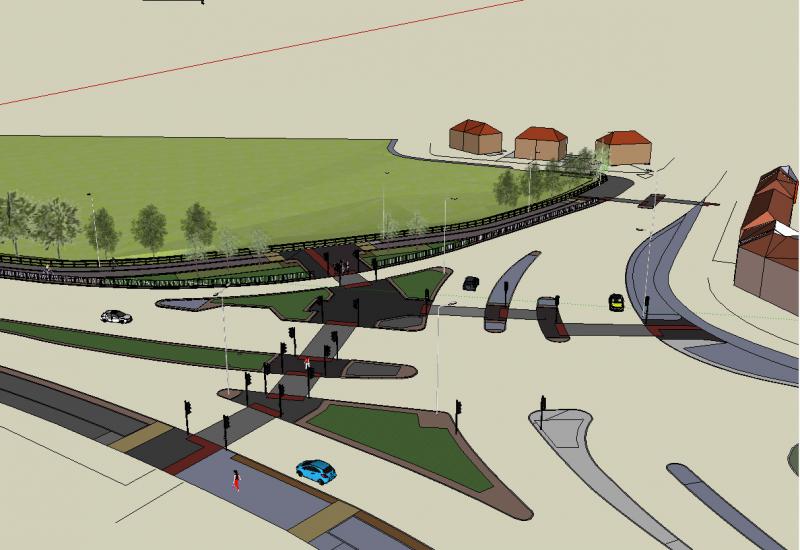 You told us at Newcastle Labour that because of the high level of vandalism and anti-social behaviour near Cowgate Roundabout, many pedestrians were avoiding the tunnels and instead were attempting to cross the busy Ponteland Road.

Labour Cllr Ged Bell said: “This is a key milestone in removing the old roundabout to allow us to build this new junction. I’m pleased to see the old subway go, as many residents felt unsafe using it, and it made it harder to get around the area. This new level junction will certainly make it better, safer and easier for everyone to get around.

“Using polystyrene blocks is a quick, effective and sustainable way to infill this huge area. It also means that we keep all lanes moving during this crucial stage as engineers can work in the bowl of the roundabout without impacting on traffic -; which underpins our commitment to keep disruption to a minimum.” Ged said.

“It won’t be long now until we have a safe and efficient junction that benefits pedestrians, cyclists, motorists and public transport users -; which will help keep our city moving,” he added.

The improvements to Cowgate roundabout are part of the Council’s ‘Re-Newcastle’ programme of transport works to invest over £60m in Newcastle’s highways. The cash has been granted after long negotiations and bidding, and has to be used on specific highways projects like this one.