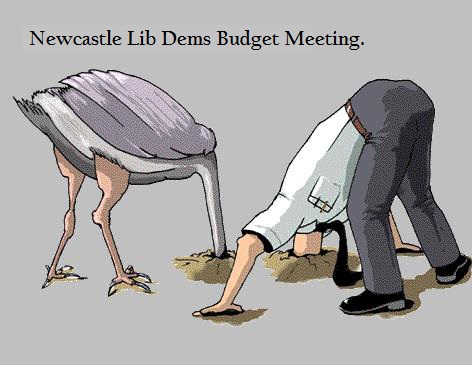 The Chief Finance Officer issued a damning warning over the Lib Dems proposals which repeated the phrase “significant reservations”, criticised the robustness of millions of pounds worth of number guessing and in one section stated “[Including this] unsubstantiated “target” in the 2016/17 budget would make it highly likely that the council would significantly overspend in 2016/17.”

Officers were so concerned that the Lib Dem proposals would lead to either greater cuts or council tax rises next year concluded, “I have no option other than to advise City Council that it should reject the proposed [Lib Dem] amendment.”
Labour’s Cabinet Secretary, Cllr Stephen Powers said:

“This is a clear statement from independent council officers that the Lib Dems are incapable of managing the council’s finances and if they were in power they would be putting us at considerable risk of higher council tax rises in future years and more cuts to public services.

“The council’s independent accountants advising councillors against a party’s budget is damning statement that shows the Liberal Democrats are now a laughing stock, they cannot be trusted to run Newcastle Council.

“We have all seen the damage that the Lib Dems did in government with the Tories over the past five years. What this shows is that at a local level they are so incompetent they cannot put forward proposals to meet the cuts they helped create when in government.”